It may seem like a small issue, but each little gap you see around a parked trailer at the loading dock is costing you money each and every day.

The heating and air conditioning that escapes through these gaps can cost you hundreds of dollars per year, per dock position, and that’s just a start. Those gaps also allow unwanted outside elements like dust, wind, rain, bugs and rodents into your facility. This can easily contribute to product damage, cause issues with warehouse inspections and create an uncomfortable environment for your employees to work in. 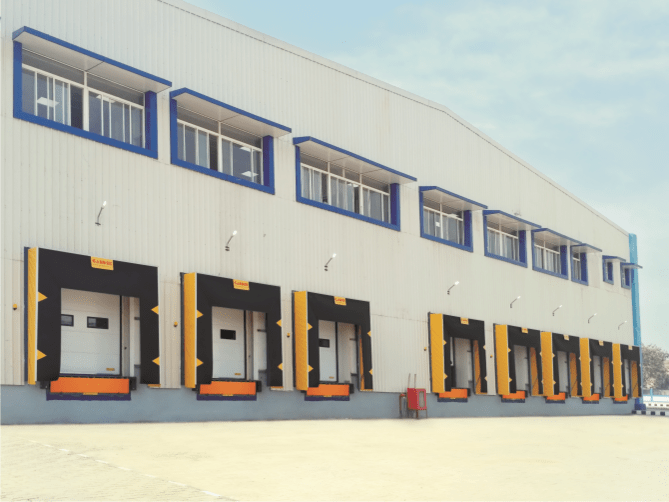 To combat these areas, Rite-Hite provides a series of dock shelters and dock seals, to ensure that the only things going in and out of the loading dock door are things that should be. While dock shelters and seals have the same goal of environmental control, they are uniquely designed to serve different applications, so knowing the differences between the two will help you make the right choice for your needs.

Dock Shelters are enclosures that seal the perimeter of the trailer to form a seal. This is accomplished by applying pressure against the sides of the trailer with fabric curtains fitted with fiberglass stays. They fit larger dock door openings and service a wide variety of trailer heights and styles while being subjected to less damage from daily wear and tear since they aren’t designed to be compressed into by the trailer. They also allow for full, unobstructed access to loads on the trailer for maximum loading and unloading efficiency.

As a category, dock shelters historically could not provide as tight of a seal as foam dock seals, but newer models are equipped with features that allow them to match the sealing effectiveness of foam seals. For example, some older or less expensive dock shelters leave trailer door hinge gaps unsealed, amounting to about 2.5 sq ft of open space at every dock position through which energy flows out and contaminants flow in. Additionally, many shelters have less-than-ideal sealing at the tops of trailers, and most leave large corner gaps when the trailer is backed in.

Newer models, like the Eclipse® shelter, however, include side curtains with a hook on the edge that wraps around the hinge gap on each side of the trailer, allowing for a complete seal. Plus trailer tops are more tightly sealed with weighted, gravity-based head curtains and corner gaps get plugged through engineered side curtain/head curtain functioning.

Dock Seals are foam pads that the trailer compresses into when it backs in and comes to rest against the dock bumpers, forming a seal around three sides of the trailer. Generally, dock seals provide a tight seal for a relatively low price, but they can become worn easily at loading docks that receive heavy traffic. Dock seals are best used when there is a minor variation in the size and style of trailers being served.

This is an example widget to show how the Right Sidebar looks by default. You can add custom widgets from the widgets screen in the admin. If custom widgets are added then this will be replaced by those widgets.