The BEC 300 is a compact combination of a blister and cartoning module. Its strength lies in fast changes from one product to the next in less than 30 minutes. This enables contract manufacturers to economically package a wide range of small and medium batches on a single line. The fact that only a few format parts are required also suits Rottendorf Pharma. The company has been working with Uhlmann since the early 1980s and already has three BEC 300s and one BEC 500 in operation. Uhlmann is pleased with the success of Rottendorf Pharma and the collaborative partnership within the framework of this major order.

New regulations aimed at greater patient safety, the protection of operators from an active agent, strict travel restrictions and an increasing demand: the Orion Group faced a number of challenges in selecting a new blister line for its plant in Turku, Finland. Orion found the solution together with Uhlmann Pac- Systeme GmbH & Co KG.

As the Finnish market leader in human and veterinary medicine, Orion Group develops, produces and markets active pharmaceutical ingredients. For this reason, EMA regulation EMA/587673/2019, which is set to come into force in late 2023, is also relevant to Orion.

In order to achieve greater patient protection, the successful cancer drug Methotrexate Orion is to be offered not only in bottles of 100 tablets, but also in smaller units. The child-resistant blisters containing four, ten or twelve tablets will benefit, for example, patients with psoriasis or rheumatoid arthritis which are prescribed Methotrexate Orion at a lower dose. In addition to the regulatory requirements, Orion also needed increased capacity in terms of pharma packaging to cope with the increasing demand for Methotrexate.

The company has been working with Uhlmann since the early 2000s and Orion was also familiar with the planned BEC 300 blister line, as it already had two identical systems.

With the BEC 300 at its core, Uhlmann implemented a complete line concept from blister machine to palletizer. The entire line is operated via uniform HMI control unit touch screens. Together with Orion, Uhlmann also designed a containment filling line with negative pressure to protect the operators from the active ingredient. Added to this was the integration of the “Track & Trace” system used at Orion, as well as a cover foil printer which, due to its size of 1.5 by 1.5 metres, had to be placed next to the line rather than on it. 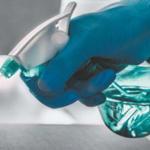 Disinfectant Validation: What should be Road Map for Compliance?

A documented and approved disinfection programme must be designed, validated, and implemented as part of any pharmaceutical manufacturing area certification. This exclusive on disinfectant validation gives the industry a road map for compliance. 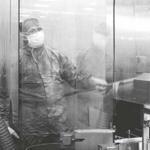 What is Smoke Study?

When we are manufacturing sterile products, we have to maintain aseptic conditions under the laminar airflow. We cannot see air, but we can see smoke. Smoke is used as a visual aid, a visual help, so that we can understand that our airflow is really laminar. 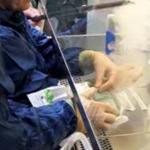 Why we need smoke study during filling setup, filling interventions, and material transfer?

We have to prove that our Grade A area is maintaining the Grade A airflow within the Grade A environment. Smoke study is used to perform in filling machines, where we are filling our injectable products under laminar air flow (LAF). 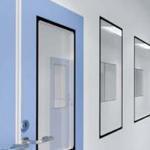 Why we need smoke study for area and equipment qualification? 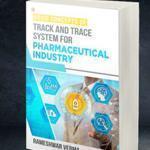 Serialization is backbone of digital transformation

Pharmaceutical serialization has emerged as a challenge to improve the traceability of drugs. It has become an urgent necessity in the global effort to combat selling counterfeit medicines, a growing and dangerous phenomenon for patients’ health. 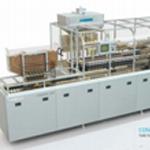 The BEC 300 is a compact combination of a blister and cartoning module. Its strength lies in fast changes from one product to the next in less than 30 minutes.