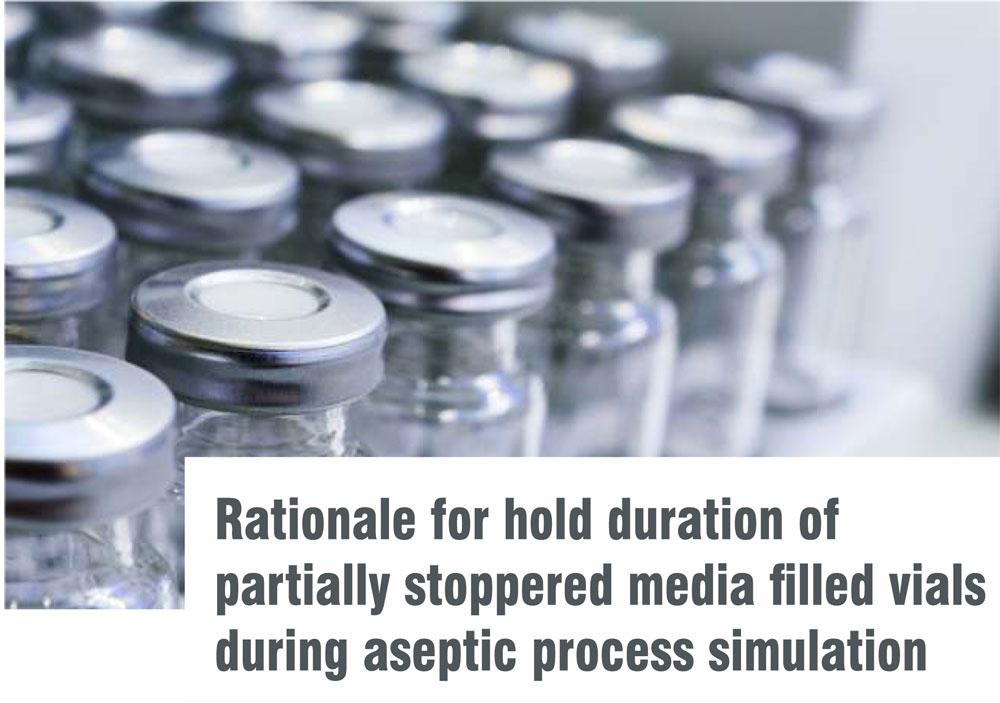 This article describes the hold time expectation for the partially stoppered media filled vials during validation of aseptic process for lyophilized products. Aseptic process simulation, also known as a media fill trial, estimates the contamination risk of an aseptic production process by using sterile culture media in place of the product constituents.

Purpose of media fill
The goal of a media fill is to demonstrate that the manufacturer can follow the routine aseptic production process using sterile media without contamination (evaluate and justify the aseptic capabilities of the process, the people and the system).Hence in this article, we ensure lyo media fill should primarily validate the filling, transportation and loading and unloading aseptic operations with certain duration of filled vials in the lyophilizers.

During aseptic process simulation for lyophilized product, filled vials are aseptically filled in the normal way (similar to liquid filling), but the closures (which are of a single slotted or double slotted) are not fully inserted in the filled vials and transported aseptically through conveyor/ALUS/robotics to the lyophilizer shelves under Grade A atmosphere

Shelf to be pre cooled to 20-25°C. The media filled vials are loaded in the sterilized lyophilizer (using suitable in-house designs such as automatic loading/manual loading using fences). At the completion of the loading process, it is important to ensure all filled, partially stoppered vials are loaded into the lyophilization chamber.

Product lyophilization process
Lyophilization or freeze drying is a process in which water is removed from a product after it is frozen and placed under a vacuum, allowing the ice to change directly from solid to vapor without passing through a liquid phase.

In aseptic process simulation of lyo process, the scope is not to check the lethality of freezing and its effect on microorganisms that might be present. Hence freezing of media and the formation of ice crystals is unfavorable to microorganisms, and this should be avoided.

If media is not frozen, the lyophilzer may get contaminated due to unfrozen media which is left under vacuum similar to the product lyophilization vacuum level. If it’s complete vacuum drawn, it may cause the media solution to get out from the containers and contaminate the lyo as well as fluid loss from the containers, and finally this may have serious effect on the viability of the microorganism, and the ability of the media to support microbial growth will be impacted. This will in turn make aseptic process simulation invalid. Hence a complete vacuum as specified for the lyophilization process should not be drawn during the media fill.

Hold time duration in the lyophilizer
In general the course and processing time should be long enough to challenge or stress the process, interventions, the supporting environment, and the operators. All efforts should be made to perform all routine interventions. The filled partially stoppered vials will remain inside the lyophilizer chamber for minimum 12 hours (Author’s experience for hold time duration).The duration of the media filling stated above represents lyophilization cycle for one shift.

Highlight
In general the course and processing time should be long enough to challenge or stress the process, interventions, the supporting environment, and the operators. All efforts should be made to perform all routine interventions. The filled partially stoppered vials will remain inside the lyophilizer chamber for minimum 12 hours.

So how long the APS process shall be simulated?
Typically 600 mbar to 700 mbar. A few manufacturers used maximum of 900 mbar of partial vacuum and held for about 12 hours, and a few others held it for two hours and then it was broken by sterile filtered compressed air, instead of the nitrogen. The full stoppering of vials shall be performed using the stoppering mechanism at ambient pressure, and open the door and unload the vials aseptically and transfer to sealing machine. All the activity shall be performed in class 100 (Grade A).

In my view, with practical experiences and conducted more than 30 lyo media fills:

Finishing and colour of vials and stoppers: The finish of vial – blow back or non blow back and treated or non treated – does not play a deciding role in media fill and hence the vial of any finish can be used. The clear glass vials shall be used for the media fill to facilitate the visual inspection of the vials. The rubber stoppers coated and non-coated are used generally but not as deciding parameter for the media fill. But design of stoppers are important and plays a deciding factors, e.g. 2-leg, 3-leg igloo or flat-teflon, serum etc.

Fill volume: The volume of medium must be sufficient to provide contact with all container closure seal surface on inversion, and visibility for the detection of microbial growth. The quantity of sterile SCDM medium shall be considered for filling in the vial with different sizes are as follows:

Pulling and releasing of partial vacuum: Pull the condenser of lyo to -40 °C and start the vacuum pumps. The loaded vials are exposed to the partial vacuum cycle.

How many vials shall be loaded?

Some FDA 483 observations for quick look…. 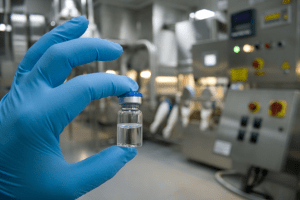 Hence, a balanced risk and science based approach is needed to simulate the process as closely as possible, and rationale for holding the vials in the lyophilizer need to be presented, which is the expectation from the regulators. Finally, in case of failure in the media fill it necessary to diagnose and prove the source of contamination accurately so that robust corrective or preventive actions get implemented.

Track and Trace in the Pandemic more…