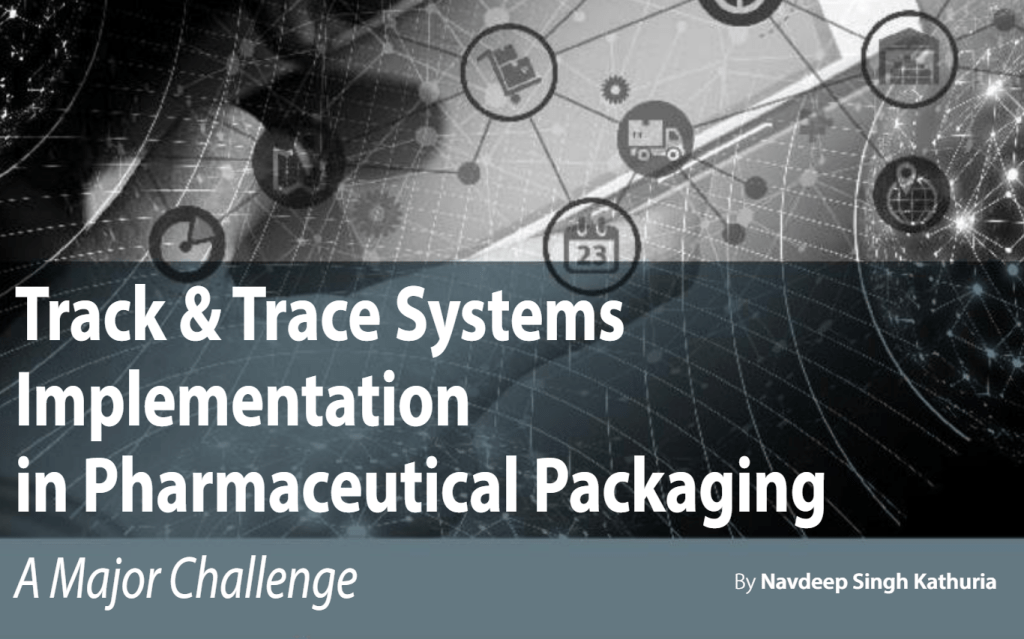 Track & Trace system, nowadays, plays a vital role in preventing counterfeiting during trading, assisting in optimizing monitoring at each level of supply chain and maintaining integrity of the product while dispensing to the customer. However, the entire process is full of challenges, although continuous measures are being taken by both manufacturer and service provider to minimize the errors while transit at various levels of supply chain as well as packing operations and to ensure minimum impact on the productivity.

The pharmaceutical industry around the world has gone through tremendous challenges for the past few years since introduction of Track & Trace systems to comply with the medicinal products verification requirements to prevent counterfeiting and falsification at all levels of product supply chain starting from manufacturer and ending upto the dispensing counter of pharmacist.

To prevent illegal trading, an act (Ordinance H.R. 3204) to supply medicinal products in USA was formulated by experts and was signed by the then President in November 27, 2013, which was defined under two different titles at initial stage.

On January 01, 2015, the act was amended by the mandatory implementation of product verification as all trading partners were supposed to have ‘Pass and Accept’ Transaction Information (TI), Transaction Statements (TS), and Transaction History (TH) with all sales. (Dispensers shall not accept transaction without TI, TS, TH after 1 July 2015).

The act was further amended on November 2017 to incorporate ‘Unique Product Identifier’ by Supply Chain trading partners and be able to verify the products legitimacy by following dates:

Unit level Traceability has still been targeted to November 27, 2023, which will enforce the manufacturer to have an aggregation facility on serialized packs as a mandate.

In October 2018, the MHRA reported that since 2015 it had seized almost 10,000 unsafe sexually transmitted infection (STI) and human immuno-deficiency virus (HIV) test kits that could give false negative results leading to an increase in diseases such as chlamydia, syphilis, and gonorrhoea, as well as HIV. Many of the potentially unsafe kits were being sold online. Later that month, in a report on Interpol’s globally co-ordinated Operation Pangea annual initiative that involves 116 countries, the MHRA and its UK partners reported that between 9–17 October 2018, they had seized more than £2 million worth of falsified and un-licensed medicines and medical devices in the UK, including diazepam, modafinil and dermal fillers. Worldwide, the annual Operation Pangea exercise, which was initiated by the MHRA in April 2006, netted potentially dangerous medicines and medical devices worth around £10.9 million and led to the closure of 123 websites, the removal of 535 online adverts.

Looking into the scenario, it was a high time to frame drug regulations to prevent counterfeiting for which ‘EU Falsified Medicines Directive’ (2011/62/EU) (FMD) was adopted in 2011 and introduced new harmonised measures to ensure that medicines in the European Union (EU) are safe and that trade in medicines is properly controlled. The final part of the Directive, the ‘safety features’ Delegated Regulation (EU) 2016/161) comes into force on 9 February 2019.

It is worth noting that according to EU rules, a falsified medication is any medicinal product which has been falsely presented in

This definition does not include unintentional quality defects and is without prejudice to infringements of intellectual property rights.

Apart from a unique identifier, the directive recommends implementing a mandatory security measure located on the external package (tamper evident feature) to protect the drug against undesired opening.

The verification process – authentication – will therefore be nothing other than a basic element of pharmaceutical care, optimizing pharmacotherapy and increasing the level of patient safety.

The EU FMD introduced harmonised European measures, which applied from 2013, to help identify and remove falsified medicines from the legal supply chain. The Directive amended the Human Medicines Regulations 2012 to require the introduction of two new safety features:

If we review the history of implementation of the serialization standards, major key challenges were faced by every manufacturer during transition phase, and it took a plenty of time to come out of the situation with new resolutions, reworks, implications, and strategies:

Due to different regulatory requirements by regulatory authorities anywhere in the world, they never come to a single platform to draft universal norms. The lack of which complicated the manufacturer to comply the country requirements individually.

Italy already had introduced a tracking system a long back through forming an act (Law 39, Mar 1st. 2002, Art. 40) through generating A.I.C. code of the drug package that is the authorization number issued by the Italian Medicines Agency (AIFA) for commercialization, the label, which to be affixed on secondary package, known as Bollino.

To comply with the space related constraints on secondary packaging materials to incorporate all details in the form of readable data apart from 2D code data matrix (GTIN, batch numbers, expiry date and unique serial numbers), it became mandatory to revise existing artworks to accommodate all relevant information. Existing stock with old artwork was supposed to be discarded or was packed with tamper evident sticker for European markets. Brexit further added to the complexity.

Synchronization of existing line components for compatibility with serialization requirements was another challenge due to variety of machine suppliers. Removal of existing equipment and addition of new automated equipment to achieve targets was another factor which added to the company’s cost.

Due to variety of serialization requirements (Print, inspect and aggregate) by different customers for different pack sizes, frequent changeovers and start up time was also increased which had a direct impact on operational efficiency of the plant. Bollino label was a perfect example which was affixed manually, and the process was automated later.

Installation of independent production server and its maintenance, storage of billions of events, data backup, secure data exchange and data protection along with system updating became additional requirements adding to the considerable cost to the manufacturer.

7.Multiple service providers and their approach

Not a single solution provider had 100% workability about their systems. Some vendors kept on upgrading systems due to multiple issues like duplicate serial codes generations, serial code mismatch etc., which is still a big source of alerts and complaints raised in Europe market.

Key regulatory authorities like USFDA, MHRA and EMA had a key focus on data integrity also along with serialization requirements that was a challenge for manufacturer to comply both regulatory as well as cGMP requirements during regulatory inspections.

After passing through a long transition period, still aggregation (Parent child relationship) is still under transition phase in Indian pharmaceutical industry by most of the manufacturers besides its benefits of reducing alerts and in- house complaints during packing operations looking into the complexity and budgetary implications.

At present, lack of training and awareness at user end also plays a crucial role which further adds to the human errors and serialization alerts for which manufacturer needs to focus on continuous monitoring to optimize the entire process and reduce reworking.

Navdeep Singh Kathuria is General Manager - Packing, Aurobindo Pharma Ltd. He is working on implementing lean methodology along with automation of process equipment. Started his career with Tablet manufacturing, his additional area of expertise is Track & Trace systems and simplification of documentation on shop floor by means of replacing manual recording into the electronic form (EBMR). 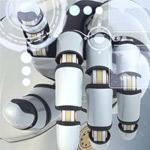 The automations of QA systems and processes are becoming of prime importance these days. This article analyses the success and failures of automation. 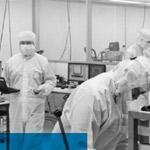 Article on the types of fungi that might be recovered from cleanrooms and looks at the mechanisms by which they might enter a facility. 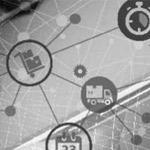 Article on the challenges in implementing track and trace systems in pharmaceutical packaging. 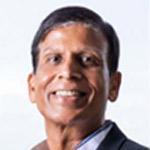 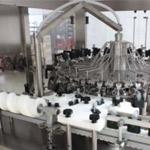 The quality of the primary packaging of pharmaceutical products plays a very important role in the quality and shelf life of final product packs. 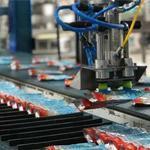 Need of Robotics Automation in End of Line Packaging

Industrialization of consumer goods companies are moving into next phase of automation in the form of End of line automation. 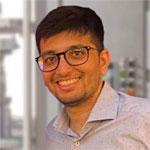 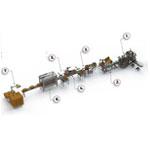 Pharma companies often face problem with space for end of line equipments. Clearpack has come up with a unique solution which can very well 􀃶t in the space provided.

What gets measured, gets improved using IIoT and i4.0

With IIoT and i4.0 there is no excuse now not to digitize the machine in real time and improve labour productivity, asset monitoring, % yield of the material, and environment. 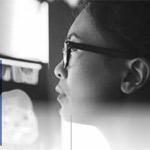 AI and Mathematical Modelling in Pharma

Webinar by MathWorks, specialist in mathematical computing software. Its major products include MATLAB and Simulink, which support data analysis and simulation. 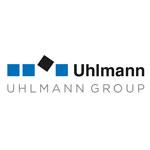 Cristian Reiter takes over as Chief Technology Officer at Uhlmann